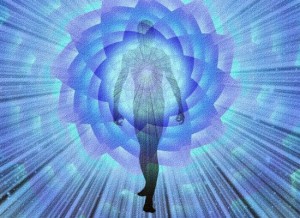 Some of the Ancient Ones were talking to me this morning and, in some ways, what they offered us is very 3D and in other ways, it’s 695D or whatever number you want to go to. Often on this trip, when people asked who we are, I told them we are shamans from different countries, because although in the western world, we relate to shamans as people from certain places, they do their own kind of things, but it’s true we are all shamans because we are on the inward search for more abilities and rediscovery of the oneness.

Just the same as in many other places where I have been in the world, when the local witch doctors discover you know about energy, they say, “Oh, ok you are one of us”. So just the same as the Druids in England or the aborigines in Australia might ask me to join them, many others who work with energy all over the world have invited me to join them. This has happened the same in India and in Indonesia.

The ascended elders of this nation, Peru, those labeled shamans, asked me or told me it would be a happy day for them if I facilitated an activation for everyone into the pure energy of the shaman nation. They said that a good name for us would be the New Paradigm Andean Shamans. When I asked them why Andean instead of Peruvian, they said, “This is where you started your initiations–in the Andeas”. They said, “Remember, consciousness has no limits or bounds so, therefore, it is truly universal and all encompassing”. Hence, the name isn’t limiting for those who would like to receive an activation from the ascended cosmic shaman elders. When I say ascended, some of them are inter-galactic and inter-universal, so it’s truly without limit.

The Ancient Ones and elders thank you for everything you have lived, achieved, and done upon this journey. They send you outwards back to your lands to spread the love, openness, and divinity. So a big thank you!

John Armitage, meditation on the water at Sandoval Lake Lodge, in the Amazon jungle, Peru, Nov. 19, 2014