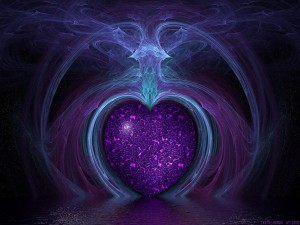 This is a question and answer session with Merlin, channelled by John Armitage. Questions by Kathleen Murray, in the Sanctuary at the Mahatma Temple of Light in Rhynie, Scotland on the 22nd November 1997.

MERLIN, I AM MERLIN.

K.M. Greetings Merlin. What have you got to share with us today?

I have, if you require it, all the knowledge in creation- of past, present and future, because there is no time.

It would first of all be prudent to look at 1997. What was the main energy at work in 1997? What was the task of all beings incarnate in your reality in 1997? 1997 saw many periods of excitement amongst light workers, and those associated with light work. Some of this excitement manifested itself as fears, worries and disappointments. These fears, worries and disappointments were often in relation to the mass landings of the space brothers and sisters.

To the stories that were attached to the celestial body of the comet that you humans know as Hale Bop; look at all the things that happened during the period when Hale Bop was present in your immediate universe. Beings started to pull out and dust off prophesies which had been made thousands of years back, in linear time. Information was put out by various means which stated that extra-terrestrials, space brothers and sisters, be they of the dark T-shirts or of the light T-shirts, were riding to Earth along with this comet. Many even said that the Nibiruans would be back as this comet passed close to your own planet. What happened? Apparently nothing. When I say apparently nothing, I mean that the Nibiruans did not arrive; set foot on your planet and say here we are again, we would like to talk to you, interact with you and we would like you to help us realise our birthright. No, this did not happen.

No other space brothers and sisters were riding on the tail, or in the tail, or in the energy stream of this celestial body. They did not visibly arrive on your planet either and say “heh, here we are, we have come to save you”. Many humans hoped that that would be the way. Many have taken this time now- which some call the new age- as another opportunity to give their power away to the channellers, to the extra-terrestials, to the space brothers and sisters. Many will find any excuse that they can, not to take their own lives into their own hands. Not to wake up and realise that they are also creators, and co-creators.

Many ones have been through emotional traumas and emotional difficulties. This is the result of not wanting to let go, the result of wanting to stay within present confines of consciousness, and emotional feelings. The emotional difficulties that one goes through in these situations are merely the result of not letting go. If you are wearing a set of clothes which are no longer appropriate maybe they are worn out, maybe they are full of holes, maybe they don’t keep you warm or they are too warm- whatever (a pair of shoes with holes in them)- you would not think twice about discarding these things and taking on new ones. Many humans seem to have difficulty in letting go in their personal lives.

K.M. It’s been in my experience this year, and in others I know, that the landings heave happened, not in the way of these beings becoming third-dimensional, for it does not serve their evolution to ever become third- dimensional, but in their presence here, unseen and unfelt by many, but seen and felt by others. Its more that they can, by their presence, attune us into their other realities. And in my experience it wasn’t the Nibiruans that were here to save us or any of the other galactic beings. But they were here to communicate with us, and attune us to their frequencies. To me this is what the landings mean.

Your hypotheses is correct. The space brothers and sisters are here as I have previously stated, they are interacting with humans on a constant basis, 24 hours a day. If you want to interact with the space brothers and sisters, just be open to it. Listen to their voices, open yourselves to feel their energies. And even if you close your eyes you may see them. Many are looking to see with their eyes open, often it is easier to see with your eyes closed. Also many humans don’t realise that if you invite the star brothers and sisters into your lives, if you invite the magic that they have to work with you, and what they have to offer to you, into your lives, well then the star brothers and sisters will make an effort, a great effort to make their presence known, to communicate with you both on a telepathic level and on an energetic level. They will help you to further activate your D.N.A., to further integrate your Adam Kadmon body.

All that is necessary is to affirm that you are open to these communications.

K.M. Thank you. That has been my experience this year of so much more being available too, certainly to myself and others that I know. And that seems to me to be the path of growth, that we can encompass more of who we are and those that are here to help us. But not to expect them to come down to our level of density.

There are difficulties for them, coming down to your level of density. Many of them live in higher vibrational realities. We won’t say only in the fifth dimension. Many humans, at this stage of human growth tend to think that the fifth dimension is the goal of human life. This is not so. Many of these beings, these space brothers and sisters live in- we will use the word higher dimensional realities- because humans maybe are capable of understanding the energy behind those words. They live in other dimensional realities which if they move completely into the third dimension, the density of the vibration of the energy that is here is difficult for operation for them. The merkabah vehicles in which they travel are not for manifesting into the third dimension.

Look into your skies and affirm that you are open. If you do affirm that you are open, you will find that you will see them. This is the proof that I offer you, of the space brothers and sisters. But I don’t offer you proof without you having to do something for yourselves. I may be Merlin the magician, I may be one of these beings that is known as an Ascended Master, but I and no other Ascended being or Master is going to take your power away from you and take you into wholeness in one stroke.

All ones must hold out their hands and pick up their feet and step forward, then we will come to meet you. But when you sit with a closed mind and a closed heart and insist that there are no communications from any other dimensional reality, there will not be any communications. Openness and a willingness to communicate is all that is necessary.