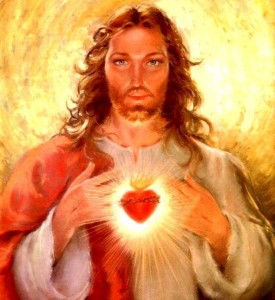 When we were waiting here for the Romans to come to take me, for the other disciples with me it was an emotional time. For me, myself, I had some mixed feelings and emotion. For me, personally, it was no surprise this was about to happen because it was all part of my own cosmic plan. From what is written in the Bible, people tend to blame Judas Iscariot for all this. The thing was, if you carefully search the writings of the New Testament, you will find it was written I told Judas to tell them where we were. So this idea of Judas being the one who sold my life away for money is not correct. So why did this happen and why was it set up? It was set up simply so that I could go through a process of initiation and not only a process of initiation but also a clearance of memories and inherent tendencies in my I AM Presence, because I did not suddenly appear upon this world having never lived here before or incarnated before. I had been incarnate a number of times upon this planet, although my family originally came from Venus. My family is the family of the Kumaras. Some of you have heard of one of my brothers, Sanat Kumara. I was incarnate in a period you relate to as Atlantis. I allowed myself to be martyred to save my people although I was a very powerful king. So I had this soul tendency of martyrdom. So this was one thing I was determined to clear during this time known now as my Palestinian ministry.

I started this Palestinian ministry at 33 years old. Before that, some of you will know and you have also traveled with this channel in different countries following in my footsteps of when I was young–in England, Scotland, France, Tibet, and other places. Those of you who have followed in these footsteps know that I was being trained by people of knowledge, ready to take my place as a teacher at that time. Of course, I wasn’t a Christian. I was Jewish. The Christian religion had not been invented and I never gave instructions for it. Remember, I spoke and preached in some of the synagogues of Jerusalem. I would not have been able to do this if I was not Jewish and considered to be learned and having a certain position. You will remember from the writings, some of my teachings aggravated others, and people became a little bit angry with me. This was all part of the plan, for the crucifixion was planned. Of course, it was on one hand planned by some of the Jewish elders to dispose of the nuisance, but if we want to put these things into movement, we must fit all the pieces of the puzzle together so it works.

So why would I give myself up in the crucifixion having made a previous plan? Why would I make a previous plan? Many, of course, may have heard of planetary initiation as well as coming to terms with my tendency of martyrdom. I had the plan to take the 5th planetary initiation during the crucifixion. Why would you do that through crucifixion people might say. Ultimately, not often did people die from crucifixion. They died from wounds afterwards. In this case, we had many healers amidst my followers and my childhood friend, Luke, who was a physician and follower. Some people say Luke came from Tarsus. That history is not correct. We grew up together in Qumran in a boyhood trained by the eldelrs. We traveled many places with my Uncle Joseph (of Armithea). This is how I received my later training before the ministry. Joseph traveled many places because he was buying metals. He had ships. There are many memories even in England of the minors of Luke, Jesus, and Joseph being together in the South of England. So really there wasn’t too much danger in the crucifixion, especially if you planned for Friday afternoon. A few things did go wrong and it’s true I almost did physically die, but nevertheless, through the knowledge of Luke and others, I did not physically die. The others thought I was dead. They had put me in the cave in the tomb bought by Joseph and rolled a stone in front of it. In some places in the world, like Egypt, the Northern Isles, and Western Europe, people knew how to move stones that weighed hundreds and thousands of tons, using energy or focus or sound and so on. This was not beyond our knowledge after the trainings from the Druids, yogis, and so many others. It was so easy just to move a stone. So we are going to leave that part of the story there, and we are going to move on a few hundred years.

This Christian religion built around my teachings was invented by Constantine, and invented because their old religions were falling apart, and therefore there was a lack of control of the people. So they came up with the brilliant idea, “let’s tell everyone Jesus died for you” and let’s tell everyone “their sin is because they were born”. Let us disempower the women. In Christianity, you have a problem with this because of Mary Magdalene, my wife, and my mother, Mary. Let’s not tell anyone I had brothers. And my mother was a virgin. That makes her different from all other women. So how do we deal with my wife? Just tell everyone she was bad and we don’t say anything about being married. We come up with a splendid control system of disempowerment of women and a way of keeping people guilty. There are other aspects of this which I will not discvuss at this time, but will discuss as the trip goes on, because the next pieces I will discuss will also challenge your belief systems in a way you possibly can’t understand.

Most of you have heard this channel speaking about Divine Love, forgiveness, nonjudgment, and the mutual support of all beings. This is the essence of my teachings during my life and my Palestinian ministry. Although he’s never said publicly that he is bringing out the essence of the true teachings of Jesus, that is what he has done. Remember the words of Jesus: “Great things have I done, and even greater shall you do”. People think he was talking just to the 12 disciples. He was talking to the world. This is the true essence of my teaching. When he told some of the disciples to go and preach, teach, and heal people, they said, “oh, yes, Master, but how will people know who we are and what we can do?” My answer was, “They will know you by your actions.” The same goes for life today. If you are going to assist humanity and the planet, there is no need to be on a mission. There is no need to forcibly preach to people what you understand or have realized in your heart. Live your lives in nonjudgment and in Divine Love without conditions, and people will see you are different than others. All this is not an intellectual knowledge and has nothing to do with the mind. It has to do with the heart. So now you understand what happened, and I should add once more: “I did not die”. Or you could relate to it that I did die and was instantly born again, and taking my 5th initiation allowed others on the planet to get this. There is always a time when something has not been done, when one person has to make the way for others.

Don’t worry. Every human being on the planet has passed their 5th initiation whether they know it or not. So no one will be coming to your house with a hammer and nails. You may say the planet’s in disorder. There are some imbalances in energy upon the planet, it is true. But to repeat the words of my channel: “It’s up to you”–every human, not only the beings present here. Feel free to love or feel free to be a slave. It is free will, but ultimately the destination is the same for all. So actually there is nothing new except what people invent to tempt people to participate in. Let’s invent a new technique. Tell everryone it’s very advanced. They come rushing. Instead of sitting back and saying I am all and everything. I am the way, the truth, and the light.

So, I am now going to ask you to sit quietly and again forgive and remove this imprint of the crucifixion from your consciousness. Remove the underlying guilt from your consciouCsness and cellular structure that says you are personally responsible.

Channeling of Sananda by John Armitage, in the Garden of Gethsemani, in Jerusalem, Nov. 15, 2010