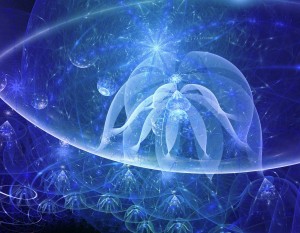 When we talk about Starseeds people have all sorts of ideas about what this word means. Within everybody that has taken on a job or task on this planet right now there is a seed. This seed is a crystalline seed which is programmed to sprout at a certain time. For many the changes in energies on the planet are initiating this sprouting, or ‘waking up’ as we call it. This is your wake up call. Let’s take notice of what our starseed encodements are. Let’s go forward with the knowledge that we are in possession of, that we have access to, through the channelling process. Let’s get on with anchoring this healing Mahatma energy in the world, and see that it is the only way to go. There is no other way. What are the choices? War, hate, control and death. Who wants to die? We are not going to die. Let’s affirm that we are not going to die again. “I affirm that I am never going to die again. I am an eternal being. I am Light, I am Love, I am the Father’s fixed design”. Many people have only just come to terms with reincarnation, and now they have been told that they are not going to die. It is actually quite confusing for some, and it has taken them a while to come to terms with this doctrine of reincarnation. But we are telling them now that they are not going to die. They are not going to leave their physical bodies. They can actually turn their physical bodies into light, and go through this transition into the fourth dimension taking their bodies with them.

If we are going into the fourth and fifth dimensions, why do we need to take our physical bodies with us?

Many ones will carry on working here after their ascension.

It is also as well to know that many people are already ascended. People think “I’m not ascended because I’m still here in the material world”. But they have actually h ad a level of ascension. They have had spiritual ascension. Some ones are not aware of that. During these times such as the ascension window of Wesak, and during this month of October, there is a very open ascension window, and a lot of people have taken their ascension whilst asleep.

Is it possible to have taken your Ascension and not be aware of it?

Do you have glimpses of ascension? Is there an overlay between the stages before full integration?Yes, you are flowing in and out of that state. That is the first experience of it. Many ones will take their physical ascension, and then come backwards and forwards into this world. You can imagine what the fourth dimension will be thinking when you are doing a talk about Light and Love and you say “Thank you very much for coming”, and a pillar of light appears and you are gone. People are then going to realise that the Ascension Process is real, and that they’ve seen it with their own eyes. Many people who are in relationships will know that their partners have ascended. You will be working on ascension together. The task of those who have taken their ascension will be the activation of others around them. When you have ascended to the fifth dimension you will be able to remanifest back in order to reassure those not yet ascended about the process. The Ascended Masters living in the fifth dimension are communicating with ones from the fifth dimension, when they are actually capable of travelling between the Source and the fifth dimension. They will actually find it difficult to lower their vibrations to such an extent that they can manifest physical type bodies in the fourth dimension. They have been away from the third and fourth dimensions for so long that they cannot lower their vibrations far enough. This is why John Armitage personally anchored at one stage in the development of this planet the energies of all of the Ascended Masters and allowed them to incarnate on this planet. By actually anchoring an energy which allowed them free access to the third dimensional consciousness with physical bodies. And this is what we are doing again now. We have to raise the consciousness of those that are afraid of the Ascension Process through Love and Compassion.

The above information was given by Vywamus, channelled through John Armitage at a workshop on 18 October 1995 held in Jersey,