HomeAllGermain on war, part 1 and 2 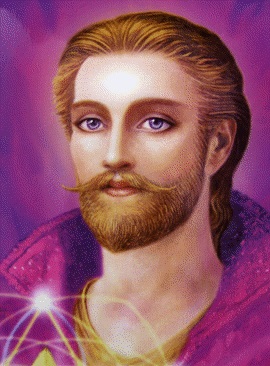 Germain on the War, Part 1

Hi folks, the conflict on the ground goes on.  We ask that you join us in the light ships above the conflict zone to help the people that have chosen to leave the earth to heal and move on. So not many have said much about all this on these lists, Germain has asked me to pass on a little info to you about it all. Blessings to you the Violet tribe.This conflict is not about oil or weapons of mass destruction dear family, it is about POWER and Knowledge.

The conflict is centered where the Anukai and others started a civilization known to you now as the Sumerian times.  This was sponsored to try to counteract the balance between LIGHT and Dark in that area.  The other was of course the Egyptian one which I Germain was involved in as Ankanaton.  My channel here was my head priest.

The idea was to break up our knowledge of the sacred languages and stop us from benefiting from the activating sounds as we spoke in our daily lives. And to mess with your DNA. The center of this was of course the place we know as Babble-on.  You can see from the name what they were up to. Not only that, there is a very important stargate in the area, as well as many ancient sites.

So why the conflict?  It is for control of the stargate there, and also for control of the ancient sites.  The string pullers, shall we call them, know that much ancient knowledge is stored in these sites as well as information about weapons and control devices.  They want it.  This is what it is about.

I would like to say here that they won’t find the things they want, that is for sure, because it is decreed by Divine will.  It all has been removed for safe keeping.  They will not get control of the stargate either, because we have already secured it last year for the LIGHT, during December with the work we did at Stonehenge and so on.

We know that it seems like a waste of human life, the death that is taking place there, but please remember that all souls that go into transition have volunteered for this now, to show the world the total waste of time creating war and suffering in all dimensions, not only on earth.

This conflict is a great lesson to all to cease the inner conflict that goes on in the minds and hearts of many.  As within so without, as it is said, and as above so below.

Conflict above? you may ask.  Yes, is the answer to that.  Not only do many have conflict in this dimension, but also they have conflict in other dimensions as well.   Hence the need for the Healing system I have incarnated here on earth, the New Paradigm for Multidimensional Transformation.  Right up to the 8th dimension you can have conflict and unbalance.

This conflict in Iraq could be the very last major war on earth, if you heed the lessons from it. Don’t get bogged down by it, hold the LOVE in your hearts, and allow the healing to flow through you as you walk on the earth and as you sleep and work in other dimensions.

Remember nothing happens by accident.  All is in the freedom you have as humans.  Feel free to create something new here and be free in LOVE.

Shamballa on! Yours, Germain

And LOVE from Baba

Don’t forget life is not a dress rehearsal.

LOVE is the answer to fear.

Don’t give your power away to anything or anybody.

Germain on the War, Part 2

Hi Folks, the conflict goes on and on. I am Germain the leader of the Violet Tribe, the Shamballa Family.

Many are wondering what to do about this conflict and many are being affected by the images they see on their screens each day.The history of this conflict goes back many thousands of your years, that’s true, and I gave you some information a few days ago through this channel.  Now is the time to help you understand more.

All in the western world have been fed a diet of fear for months about Iraq and Saddam.  It has been thrust down your throats so to speak morning noon and night that he is a bad man and has weapons of mass destruction and needs to be thrown out of his country and the people freed. Also the events of 9/11 have been capitalized on by the media in the USA as well to make the people think that all Arabs and Muslims are bad.  The truth about that is it is not true. Not one person from Iraq was involved in the 9/11 attack and the Taliban and Osama have had nothing to do with Iraq. Amazing how many don’t realize that most that were involved in the 9/11 were from Saudi Arabia and that country is an ally of the USA.

I have told about the war for the control of the stargate there and for the other pieces of stuff in 3d that the world management team want to get their hands on. I will not go into why they want the gate, except that it is a multi-dimensional doorway. You don’t need to have much knowledge to understand that they think they can control it and the two-way traffic through it. So again it is not about oil, or weapons. The world management team run the media in general so they can feed you anything they like through your TV sets and newspapers also.

Many again don’t realize that the LIGHT is shining so brightly on earth that the others (we will call them) are afraid of losing the power they have had over the earth and her people. You are on the verge of being free, and they feel threatened by you, not only the puppets in 3d but their other world controllers.  For thousands of years they have tried to enslave you and your earth, and have succeeded in many ways by keeping you enslaved to money and consumerism and fear through war and strife.  You should all have some idea about these things and how they have worked against you as a person in some cases for many lifetimes.

So what to do about it as a group of people or a family of light? You may be able to see now why I keep asking you all to work more closely together as a family.  WHY? Because in families, when the going gets hard families stick together to find solutions to the problems.  This of course is a broad generalization for sure, but I am sure you understand what I mean here. Yes many have lost their family connections, and some families fall out with each other because of the social situation.  Again, see the control in this and the way that many cultures would rather put their older people out of sight and mind when old and sick.  In the old days this never happened.  The extended family would all work together to solve problems.

Like an American Indian said to Baba once, Hey Das, what tribe are you from? Das said, On a 3d level in my country we don’t know any more.  He said, That’s the worst thing that could happen to a man on this earth, not knowing what tribe he belongs to.He told Baba, I accept you into my tribe from this moment, so now you know who your family is, you are Navaho.

So my friends, here is what we do as a family: we affirm that we are not willing to accept any war on our planet ever again, that we will not be controlled, but be free in LOVE, that we will remember that we are all brothers and sisters on earth and the earth is our Mother.  As such we will LOVE her and not harm her in any way. We will free ourselves from the programs that we have accepted that have led us to believe we are victims not creators. And create peace and harmony in our lives.

So I do hope you listen to me, because you can be free now and peace can be the energy on earth now. You are all here on earth to do this.  Remember you are channels for the Energy of freedom Shamballa and Mahatma.

I am Germain. Shamballa on