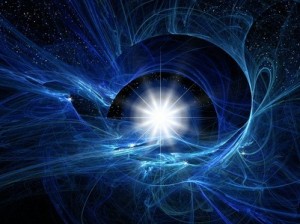 First of all Melchizedek, and who is Melchizedek? I am Melchizedek, Galactic Logos. I am a being which was created by mother/father source, to oversee, to initiate, to bring into movement the expansion of consciousness and the moving forward into wholeness of the whole of creation. When I say the whole of creation , I mean all beings, be they human, reptilian, whether they are devas, angels, the mountains, the seas, the planets, the animals, the insects. By now you must understand that I mean all life, on every planet, in every universe. My place is to remove structure, to remove boundaries, and break down systems of conditioning which hold consciousness in confined and established streams. This confinement of consciousness and holding of thought patterns into confined streams has the result of confining consciousness, confining experience, confining growth, movement, Love and wholeness. I Melchizedek work on breaking down these confines, breaking limited philosophies, breaking down control in philosophies and replacing them with information and knowledge which allows beings to expand into their wholeness and their glory, to expand so that they may stand in Love, so that they may be Love . This Love, of course, is unconditional. Many ones want to know about the order of Melchizedek, many ask the question am I of the Order of Melchizedek? Am I associated with the Melchizedeks? Many ones incarnate on this planet Earth, the goddess Gaia at this time, are members of the Alpha and Omega Order of Melchizedek. There are priests and priestesses of all levels of knowledge and from all ashrams or levels of initiation, present upon this planet now. Many ones are still quite not sure of who they are, or what they are, or for what reason they came to this Earth. The reason why you came was to facilitate change, to break down social orders, to break down the control of governments, and the monetary system, the bankers, the arms dealers, the food hoarders and the peddlers of fear and control. How is this done? The Order of Melchizedek is not an Order which achieves its aims through violence. It is not an organisation or a priesthood which realises its aims through war. It is an Order which realises its aims through Love. Through the integration of Love, through the becoming of Love, and through teaching by example, when you, as a member of the Alpha and Omega Order of Melchizedek move into Love others will say why is this being so loving? Why is this being so open? Why is this being so joyous? It is obvious to the ones that know, that they are joyous because they have become pure Love. And through this Love it is possible to break down all these constrictions which hamper the expansion of consciousness on your planet. I now give the clarion call to all the Alpha and Omega Order of Melchizedek to wake up, to wake up and realise that you incarnated here, now, to be part of this revolution of consciousness. To be part of this breaking down of barriers and constrictions of consciousness is that the human race may move forward without exception into love and wholeness. For those ones who are attracted to this Alpha and Omega Order of Melchizedek, the revolutionaries of Love, the revolutionaries of Light, the luminaries of planet Earth and its environment, I say to you that you can also easily become a member of my priesthood through initiation. There is one thing that all prospective candidates into this Order must realise that once initiated into the order of Melchizedek there is no leaving. It is an on going process, an ongoing assignment that once, and know that once the work is finished here on the planet Earth that there is still many more planets to move into more wholeness and freedom. Many more planets that the beings who live upon it and within it are also suffering constraints in their consciousness and their movement forward into Love. So these planets, these beings, need our assistance to break down these barriers and constraints and realise their birthright tat, of course, is wholeness, and wholeness is Love.

I would give some time now so that the other person who is present , that being who is known to us as Mahasamatma may ask some questions.

Greetings and welcome to you, Melchizedek.

Greetings to you friend.

It has been said that Scotland is the sleeping Giant; the giant that is awakening. This land that is known as Scotland, is part of Lemuria. And later part of Atlantis. Upon this land many beings tasted their first taste of what life was like in a third dimensional reality. Upon and within this land was integrated many, many mystery schools, many places of teaching, many temples of Love. Built into its energy gridwork both within the surface of the earth mother and within its etheric energy gridwork were built many temples of Light and many temples of Love. These places are often marked by what you humans call stone circles. Many of these circles were disabled and deactivated, in fact in some cases the grid lines were even moved so that the energy flowed away from these sites of power, these sites of transmutation, these sites of transfiguration. But now many will know that the Earth’s gridwork has been moved again. And in places where lines of energy once flowed, they no longer flow. And as these lines have been moved and reactivated again these lines connect these holy sites and temples of light. So again they may be restored to their former glory, to their former lightness, to their former brightness. So the energy may flow into the earth’s gridwork and help the healing and transmutation of mother earth and her inhabitants. I would see many wondering why this country of Scotland has not been mentioned in earthwork and in works about earth work, and about the projects that ones are being asked to initiate upon the planet. This my sister, is because up until now the energies of the country of Scotland and the status of the country of Scotland in relation to the Ascension process and the becoming whole process of the earth mother and her beings was irrelevant – it was not time for this giant to awake and stretch. It was not time for this giant to awake and spread its energies into the multi-dimensional Christ consciousness gridworks. The time was not right because many of the beings upon this planet would not be capable of working with the energies that would be released from here, not working with the information that would be released from the record banks which lie within the stones themselves and within the vortices of these holy sies and circles. Does this my sister explain why Scotland is now important?

Yes it does, thank you. You spoke about, in earlier times ( and it came through to me today also) how this had been like other power points around the world, a major incarnational space. I also had the feeling that many beings would choose to be born here as Scotland awakens. Can you comment on this?

Sister it is known by some that Israel and Tibet are the left and right hand brain of planet earth. Within these place are held energies of gridworks which up until now have been know as the major incarnational grids for spiritual souls. These spiritual souls, these extensions of I am presence’s, or monads which are concerned with the spiritual advancement of the planet and its people, used these gridworks to incarnate. This explains why there is so much conflict and control in these two places of Israel and Tibet. As the sleeping giant awakes and the gridworks of Scotland, the multi-dimensional gridworks of Scotland become once again become activated with light and love as they are starting to be, with the efforts of yourself, this channel and others, it will be attractive to many souls or it will be attractive to the monads or I am presence’s , who will incarnate through the energy gridwork here in this land. As this land becomes activated or more activated because know that the activation is already taking place, but there is much ongoing work to do, as this ongoing work proceeds and the gridworks start not to glow with light and love but to pulsate with light and love, a pulsation which can be seen many universes away. This light and love will attract these beings who have the energy, the focus and the love to speed up the transformational process of your planet. So in short, yes, many highly spiritualised beings both from the solar system in which you live but from many many other solar systems from universes that are totally unknown at this time on planet Earth will arrive here. They will arrive here not only through the birth process, through the reproduction process of human beings male and female, they will also start to appear. They will arrive in grown up bodies, they will arrive as teenagers without having to go through the birth process. Many wonderful things are in store for this land. The beings who live upon this land will become some of the leaders in the world wide expansion consciousness and the grounding of love.