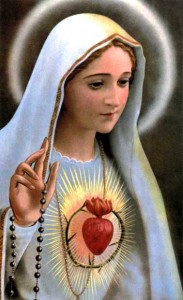 Unconditional love is the energy of freedom. No other energy can bring about freedom. Many think that war, strive and other such activities in the 3D bring about freedom. There is a mistaken id, erroneous information that tries to get females to think that if they fight male energy, integrate male energy and act like males they will become free. Understand that these activities if you are a female will further in slave you in illusion for the freedom you supposedly achieve will be totally illusionary it will not be freedom in association with unconditional love and non judgement. It is true that male energies have been dominant upon this planet for many thousands of years, many, many thousands of years. In what you would call the past, female energy was dominant. And even further into the past, male and female energy was in perfect balance. Understand there was a time when all beings were and rogenous neither male or female but a perfect balance and harmony of both those energies. After what you may well know or you would call the fall of man this is recorded in your Christian Bible when male and female became separate. Female energy became dominant. When I say dominant I mean females controlled males through anger, through domination, through restriction of thought and activities. Female energy also created death and destruction amongst males. At that time there was a decline in consciousness because love was forgotten. Not the emotion of love but true unconditional love in harmony and balance. After an influx of beings from outside your earth, from a planet which you now know as Mars the scales tilted in the opposite directions. Dominant male warrior energy manifested upon the planet and females were dominated by males. All of you that have incarnated many, many times upon this planet. Some of you since the time of the creation of this planet, remember this. Deep inside you many have it imprinted, holographically in your cellular memories the battle of the sexes. Now is the time to understand if you are male that it is now the time to integrate your femininity. Integrating your femininity does not mean that you have to sit back and do nothing. It does not mean that you have to give up being male. It means that you have to give up male domination and the thought patterns and habit tracks of male domination. You have to give up the ides that males protect and females are weak. Harmony and balance is what are needed now. Harmony and balance. How do you integrate your feminine aspect. Open your heart and allow the love to flow into you and through you. Unconditional love, love without conditions, no judgement, no polarities, no control, just unconditional love. Understand that many mistake control for love and many ones that belief that they are in loving relationships are being controlled through fear, through jealousy, through anger, fear of loss and lack. These energies stem from not allowing unconditional love into your heart. Many ones in loving relationship or many loving relationships work like this: you do this for me and I do this for you. If you don’t do this I make you happy and I love you. That is not unconditional love. These energies of jealousy, fear and lack come from an unknowing, an unknowing that each and one of you, male or female are God and Goddess combined.

So for females what is the way forward? It is true upon this earth that many females are trying to be male like they are trying to act as males they think that freedom is going to work. Ha, ha, ha, ha, how could you be so mistaken that freedom is going to work. Work robs you of your time, work robs you of the time that you could think that you could meditate, that you could integrate and even have fun. Understand that females are the first gurus that our children have and a guru or teacher that teaches you about true love that is unconditional is the best teacher that you can have. This does not mean that women must sit back. What it mean is, is that you must integrate the love again into your hearts and integrate your maleness in a balanced rather than an aggressive way. Unconditional love the energy of freedom. For females it may take some changes in thougt patterns and in lifestyle. It wont be the same for males but the changes in lifestyles and thought patterns are different for females then for males. It is now time to stand in your own power, it is now time to make changes to your lives. How do you do this. Not with the aggression that you learned from males but with love, unconditional love. Being focused in unconditional love does not mean that you are weak. You may have to do things. You may have to make decisions. You may have to say things that others around you may not be too happy with but don’t get involved in aggression. Do not allow fear to creep into your hearts and minds and focus your self in this love, in this light and step forward into freedom, step forward into freedom. Understand that each one male or female are Christed. When I say Christed I mean that you all have the capability, the abilities to realise your Christedness. My son Sananda was one, he came to be known as Jesus the Christ, Jesus Christ that is a shortened version of the title Jesus the Christ and the title Jesus the Christ meant, Jesus the Christed one. Sananda realised his Christedness integrated it and worked with it. After many years of study, many years of travel and meditation, working with many different teachers in different parts of the world he integrated his Christedness and came forward. He stood up and said I am Jesus the Christ, I am a teacher, I am a healer, I am a balance of male and female energy, I am love and through those things he manifested the things that many many people still speak of today. The miracles that were performed everyday. Those miraculous healings. And he taught, as he taught he spoke the words that were designed to free the people from the slavery of their conscious minds . Understand that in this dimensional reality the oppressors being the government do not want people to think for them selves. This is why Sananda had so much trouble with the authorities in his healing and teaching ministry. Understand that the crucifixion was not the result of these problems he had with the authority. The crucifixion had been arranged thousands and thousands of years before. The crucifixion was part of the cosmic plan. A plan which many beings had worked upon in many lifetimes to bring about. I will not speak to much of the crucifixion because Sananda is reminding me that he will speak to you of his Palestinian ministry. The crucifixion and what happened after the crucifixion tomorrow. So brothers and sisters, sisters and brothers of Iceland. My message to you is simple. It is a message that not only applies to you upon this land but I would say applies to all humans incarnated upon planet now. Integrate love, think love, be love and be free. Understand that freedom only exists within your minds. You can sit in a room two meters by two meters for ever more and be as free as a bird. Freedom is merely freedom from fear, freedom from control through fear. Where love is there is no constraint. You are multidimensional beings that experience multidimensional continuously. Your I am presence’s, that true spark of consciousness, that true you is eternal. There never was a time when you weren’t and there will never be a time when you aren’t . I Mary now ask you to open your hearts, sit quietly for a moment or two and I will bring through this one this energy of unconditional love that I speak of. I leave you in my love , I leave you in my light, and I ask that every one of you realise your birthright and I also hope that the Creator rains upon each and everyone of you the light and love that you are and the light and love that you deserve.

I am Mary and I bless you and leave you.