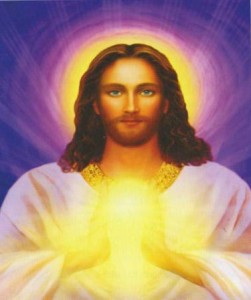 I am Sananda. I am the being that is known also as Jesus the Christ. This time of year in the calendar of the beings that follow the philosophy known as Christianity this is an important time. Many ones celebrate my supposed death on the cross. Mother Mary told you yesterday that my crucifixion was not something that just happened by accident. The fact that the plan had been formulated many thousands of years ago during a period of history that some of you would know as Atlantis. During that time I was a king an Atlantean king. In those days the kings were also priests and holders of the knowledge and energy. It might surprise you that also during that life I was martyred. I use the word martyred in a very light-hearted way. But I was captured, taken and killed. And guess who was the person that told them where I was hiding. It was the being that you now know as Judas.

Understand that over many thousands of years the way was prepared for the crucifixion. The school of philosophy or the philosophical knowledge of these scenes was incarnated upon the planet. Understand that these scenes originally came from the mystery schools in Egypt. The mystery schools of Egypt were founded by beings that had left Atlantis before the destruction of that continent. When I say that destruction of that continent it is not 100% true for at the time of the final destruction the continent had been split into 6 islands.

Not only do you get a religious lesson to hear you get a historical lesson also. (grin) The scenes , the knowledge of these scenes was founded, was given to them by Melchizedek. Many of you would wonder where the name Melchizedek comes from. Search the old testament of what is known as the Christian Bible and you will find the name Melchizedek mentioned at least 30 times.

The writings left behind by these scenes are known as the Melchizedek Dead see scrolls. So if these scrolls have been found and decoded but the contents are kept a secret. The contents are kept a secret by this organisation that is known as the Roman Catholic church with headquarters at the Vatican. For if the contents were made public, Christianity and its control system would be finished in a second. For all ones would know the truth about my Palestinian ministry and would say that the churches were just controllers and they had lied about many things.

Understand that I travelled and studied for many, many years and studied under many different teachers. My travel was mainly facilitated by Joseph from Arimethea.
Joseph traited in metals. So he was therefor used to travel and had boats at his disposal.

Many beings in this time would wonder how we managed to travel so far in those days. Understand that travel was very common and in fact beings travelled from Europe to America , from Egypt to America and even from Egypt to Australia. One of my constant travelling companions was Luke. I share with you that Luke was also this channel through which I
now speak.

When we were gathered and my close disciples were afraid because I had given them information about the plan on my crucifixion and they decided to try and hide me out of selfishness. They did not want to loose me because they looked to me as the leader and Master. We were at the garden of Gethsemane in Jerusalem and I knew that the Romans would not find us. I gave instruction to Judas who had again incarnated in that life to take on the task of telling the Romans to tell them where I was so the crucifixion would take place.

Many Christians conveniently forget that Judas was instructed to go and tell the Romans about myself. In fact it is recorded by Luke and Matthew that I did give these instruction.

Understand that many people were crucified in those days. And many , many people survived these crucifixions. It was not the custom that pears?? To human body with swords or spears during the crucifixion. Having nails driven through your hands and feet to attach you to a cross was the punishment. Many ones were gotten off the cross still alive and many survived the injuries caused by the nails.

Obviously some died from shock and infection etc. We had laid the plans so carefully that the crucifixion was to take place in the afternoon on a Friday. Sundown on Friday is the beginning of the Jewish shabat, or Sabbath. It was against Jewish law for people to be hanging on the crosses during the Sabbath. So we knew I would not have to spend much time hanging there. On the cross I took my 5th initiation. It might make you all joyful to know that you will not have to be nailed on the cross for your 5th initiation.

One thing that happened, one thing happened that was not in the plan.
Understand that all ones have free will. Because so many people were pushing forward in the crowd, holding their hands out to me and giving me energy, one Roman soldier in particular started to feel bad tempered. And he felt that if he killed me the crowd would stop pushing forward.

I was pearshed with a spear under the ribs . Understand that through my studies with the priests the holy men and the yogies of many traditions it was possible for me to slow down my bodily functions. And with the aid of many ascended masters, angels, archangels and celestial beings, I managed to keep a thread of consciousness in the physical body.

Joseph from Arimathea had already purchased the cave of what you might know as the tomb. For it was part of the plan that when I was taken from the cross at the beginning of the Jewish shabat. That I would be taken to the cave and joined by Luke and many others, many of you will not know that Luke was also a healer. He new about ointments, ??? and crystals. On a physical level it was his task to tend to my wounds so they healed quickly.
When they got me to the cave, thread of consciousness left my physical body and what you 3D/4D beings call death had taken place.

The ascended and galactic masters, the angels, and the Archangels and some extraterrestrial beings were persuading me that it was possible to again get back into the body. The experience that I had been through was very traumatic and even though I could keep control of my emotional body and stay focused in the love I stated that I would use my free will and not come back to the body.

During this time many of the others, Mary Magdalen and many of the other disciples had been sent away. Joseph, Luke, Matthew and one or two others were left. So they moved me away to another safe place and sealed up the cave.

It was on a Sunday that the women went back, my body was gone, and everybody thought I had discended only a small number knew what had happened. Of course this was to much of a secret to keep . When people knew that I was still alive everybody said that it was a miracle and the resurrection had taken place.

Ones the news was out that the resurrection had taken place or what was thought to be the resurrection it was necessary to move fast. The Jewish elders again pressed the Romans to disperse my disciples and my devotees and to kill as many of them as possible.

Many was smuggled away under cover of darkness they travelled to different parts of the world. As time went on of course everybody saw something happen that they considered to be me taking my ascension in public.

This took place on a mountain in the centre of Israel that you now know as the mount Tabor. Many do not know that I did not ascend at that time. The energy that was seen the white light that was seen going up into the sky accompanied by angels and archangels was the energy of Maitreya, accompanied by Melchizedek and Elija ??

Understand that it was never considered that my presence on earth would lead to a massive control system and the death of millions of people in my name.

I my self travelled to India after the crucifixion. There was much traffic between India and that area that you know as Palestine or the Middle eastin those days. Very well beaten path which many of you would know as the Silkroad. It was possible for a group of us to disguise our selves as merchants and camel drivers. And we made the trip to India and onwards into Kasmir. In due time Mary Magdalen joined me there. We settled there and had children and I taught people about light, love and healing. That physical body is buried in Kasmir. For those of you that might feel you need to prove this go to Kasmir and you will find a tomb of Isus.

Many of the other disciples and followers went in different directions.
And shared their knowledge too. Many ask me Isus, Jesus how will people know that we are teachers? My reply to them is the same as my reply to all teachers. Ones will know you by your love and by your actions. That some of you may wonder why I did not ascend after the crucifixion. I did not ascend because I had one trade in my caracter that I needed to get over.

The energy of martyrdom was in my consciousness. I had volunteered twice for martyrdom. And because of this I felt that I needed to work more things out on planet Earth. I did not take my ascension till my next life. In my next life I was known as Appollonius of Tyrus. During that live I experienced a lot of persecution also because I made public many of the ancient mysteries of the Mystery schools. After my ascension most of my work, most of the knowledge of my work was destroyed. So the ordinary people could not study it and become enlightened. So there I give you some history, some history of the being known as Jesus the Christed one. It was never anticipated that the religious control system would be built around my presence upon the planet. Our plan was to spread unconditional love, non judgement and light. So I understand brothers and sister of light that you have had a long weekend. Many changes have taken place within you , Energies have been activated. You have been given new knowledge and techniques. I encourage you to use them.

So brothers and sisters of Iceland I give you my blessings and love. I ask you to understand that you are all Christed beings. That within your genetic coding and DNA are the Christ code. And you can very easily achieve what I achieved in my Palestinian ministry. I do not suggest you should aim towards crucifixion but spread the love and spread the light.
There was one thing that happened in the hours before the crucifixion. That almost meant that the crucifixion did not take place. I was the person that had to carry the cross upon to the hill. It was very heavy, we had not had any sleep for few days, and I kept dropping it. And in the end the Roman soldier shouted at me, I don’t care what your name is, if you drop that cross ones more you are out of the precession. (Grin).

So my friends, blessings to all of you and Namaste.